It may surprise you to know that casino cards and dice have more security than an A-list celebrity. From when they’re made, to the point they reach the dealer’s hands, they’re under constant surveillance.

So, how do they safely arrive at casinos?

A cushy stretch limo with a small army of security guards? Almost! Cards and dice are both locked and tagged, then delivered to casinos in secure trucks. These trucks go into a port at the casinos where their contents are emptied and locked into what’s known as a ‘man trap’. Next, cards and dice are extracted from the ‘man trap’ and brought to the “pit”—that’s the area of a casino floor where table games are located—where they are accounted for by table games staff under the watchful eye of security officers and surveillance cameras. Everything is double, then triple-checked and signed off on by several different people across the casino.

Is it time to play yet? Nope, not even close.

The tight security continues as the cards and dice are then put into a locked vault under 24-hour camera surveillance. Once they’re in the vault, sample testing begins. Testing for cards means ensuring their rear-side patterns all match. And what about the dice? Dice undergo a weight test before being checked with a Micrometer to ensure their depth, length, and thickness are consistent—they can’t be off by even the width of a hair! 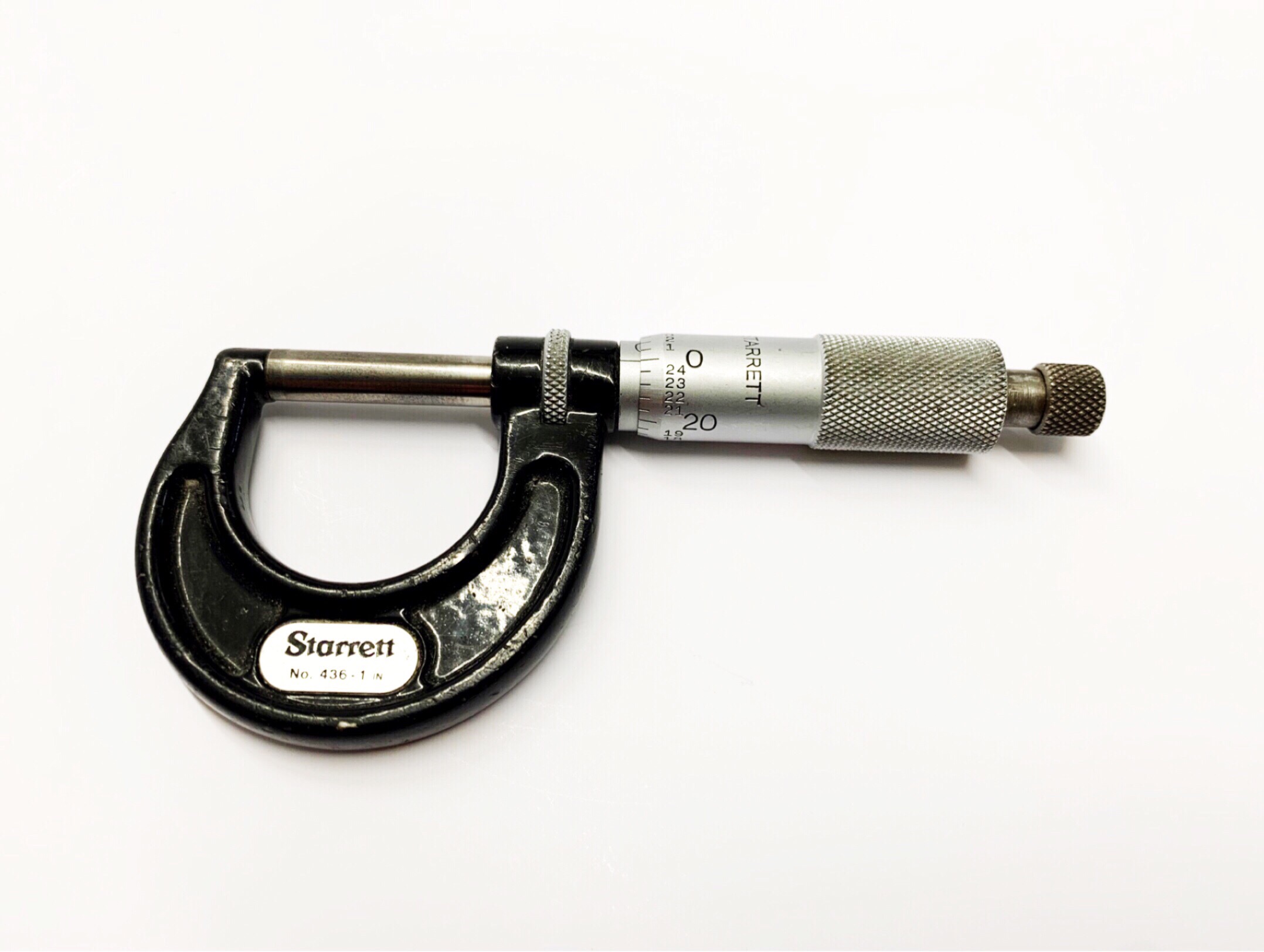 Another way that casinos ensure fair play is by using clear dice. The reason is simple: dice are clear so that you can see that there’s nothing inside of them, and to prevent dishonest play. Cheaters have been known to attempt swapping out standard dice for imbalanced dice, knowing they’ll land on certain numbers—clear dice let you know that there are no imbalances, helping to keep the game random and free from foul play. 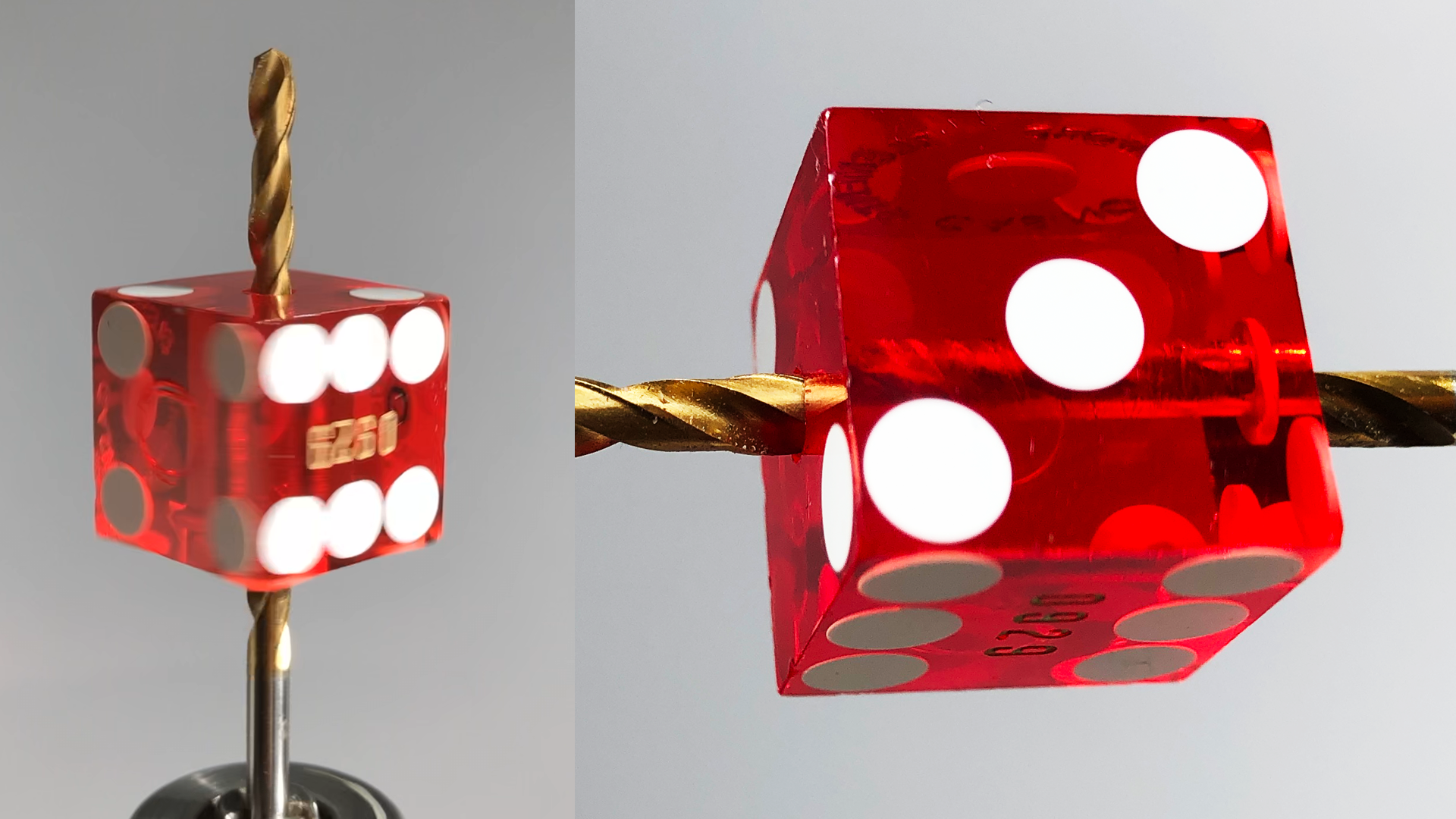 But what happens if casino dice or cards are compromised?

If there’s any damage to a card, i.e., a mark or stain, or a chipped corner on a dice (which could influence the roll), they are discarded immediately. This is done by drilling a hole through the dice, and the cards, which also have one of their corners cut. Even at this point, the discarded cards and dice are still under constant surveillance. 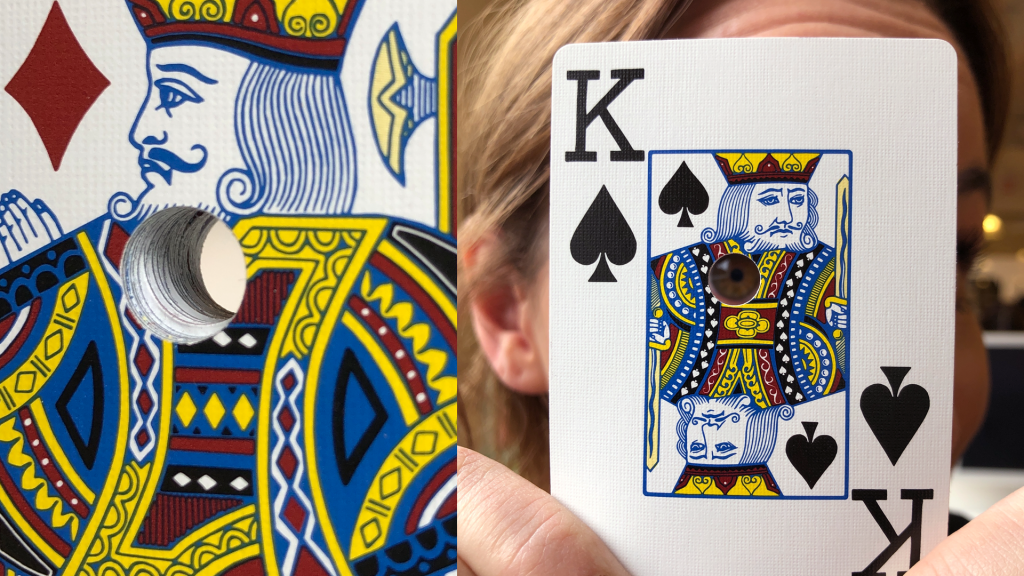 You might be thinking, “Wow…with such an intense process, casinos must go through A LOT of cards and dice every year.” If so, you’re right! At your average casino, there are roughly 100,000 decks of cards discarded every year. But it’s not as wasteful as it sounds: Ontario casinos have been known to sell discarded cards and dice for personal use, or donate them to charity events and seniors’ residences, so they don’t just go straight into the garbage.

Click to learn about the most popular dice and card games at the casino.