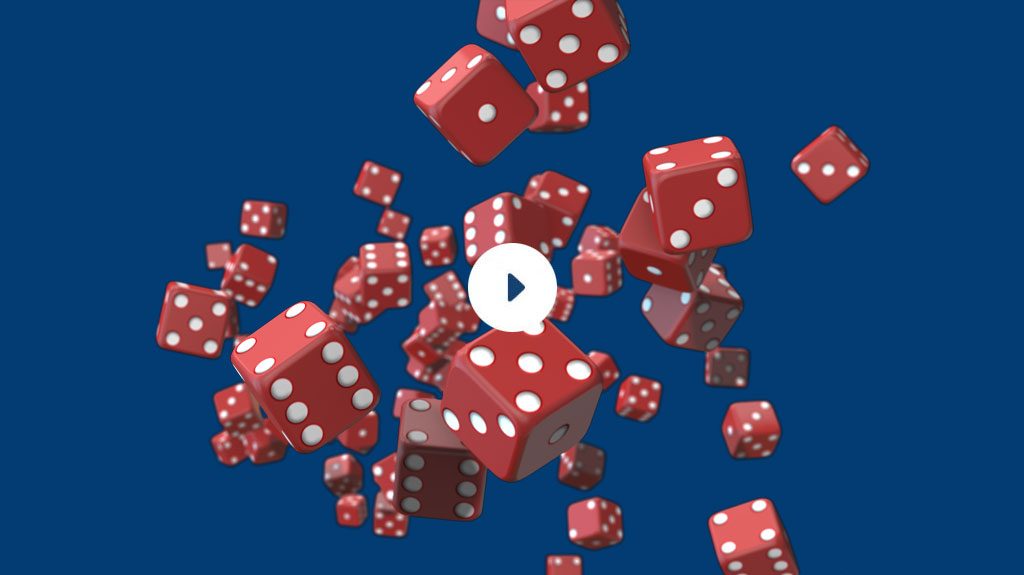 On May 23rd at the Atlantic City Borgata Hotel Casino, a woman named Patricia Demauro set a new Craps record with 154 rolls before “sevening out”. A stunning feat, given that the average is 8 rolls!

Pockets full of four leaf clovers or not, every roll of the dice is completely independent of previous rolls – but the odds of winning 154 times in a row are only 1 in an astronomical 1.56 trillion.That means the chances of Patricia’s achievement was 1,560,000 times less likely than being struck by lightning, which is a 1-in-a-million occurrence.

Even more surprising was that Patricia didn’t even know how to play Craps at the time! Goes to show that many games, like craps, don’t require skill to have fun, because the outcome is always random.

Who knew randomness could be so fun?